I grew up in a picturesque place where people suffering from lung diseases came to recover under pollution-free skies. The only toxic air was produced by 18 year olds, who couldn’t think of any better way to spend their time than by driving their cars into neighbouring villages just as boring as the one they would eventually go back to. Car windows wide open, grunge music at full blast, but deafened at once by the VW Diesel motor’s roaring engine, constantly giving the middle finger to everyone in their heads, but sneaking back into the idyll of their parent’s houses after a couple of hours, a smile of innocence on their faces.

Meanwhile, I moved to Berlin, which has a lot more to offer. Here, laptops get stolen out of your backpack, a tiny stretch of withered grass and two trees can call itself a park, the air itself probably gives us those very lung diseases and now, one by one, Bio Company supermarkets replace the casino palaces I owe two wonderful coffee cups to.
I studied communication design and graduated with distinction. I’ve worked for renowned design studios in NYC, London, Manchester and Hamburg, and I now work as a freelance designer in Berlin.

I am looking forward to requests, assignments, collaborations and donations.

The lyrical saxophonist Michael Jaeger is considered one of the defining voices of Swiss jazz. He works as a bandleader and sideman throughout Europe and has worked, toured and released music with musicians such as Greg Osby, Norbert Pfammatter and Tom Rainey. In addition to the website for his Musiklabor Züri, he needed an update of his private webpage. In collaboration with Michael himself and the programmer Peer Schelletter, a whole new appearance was created. 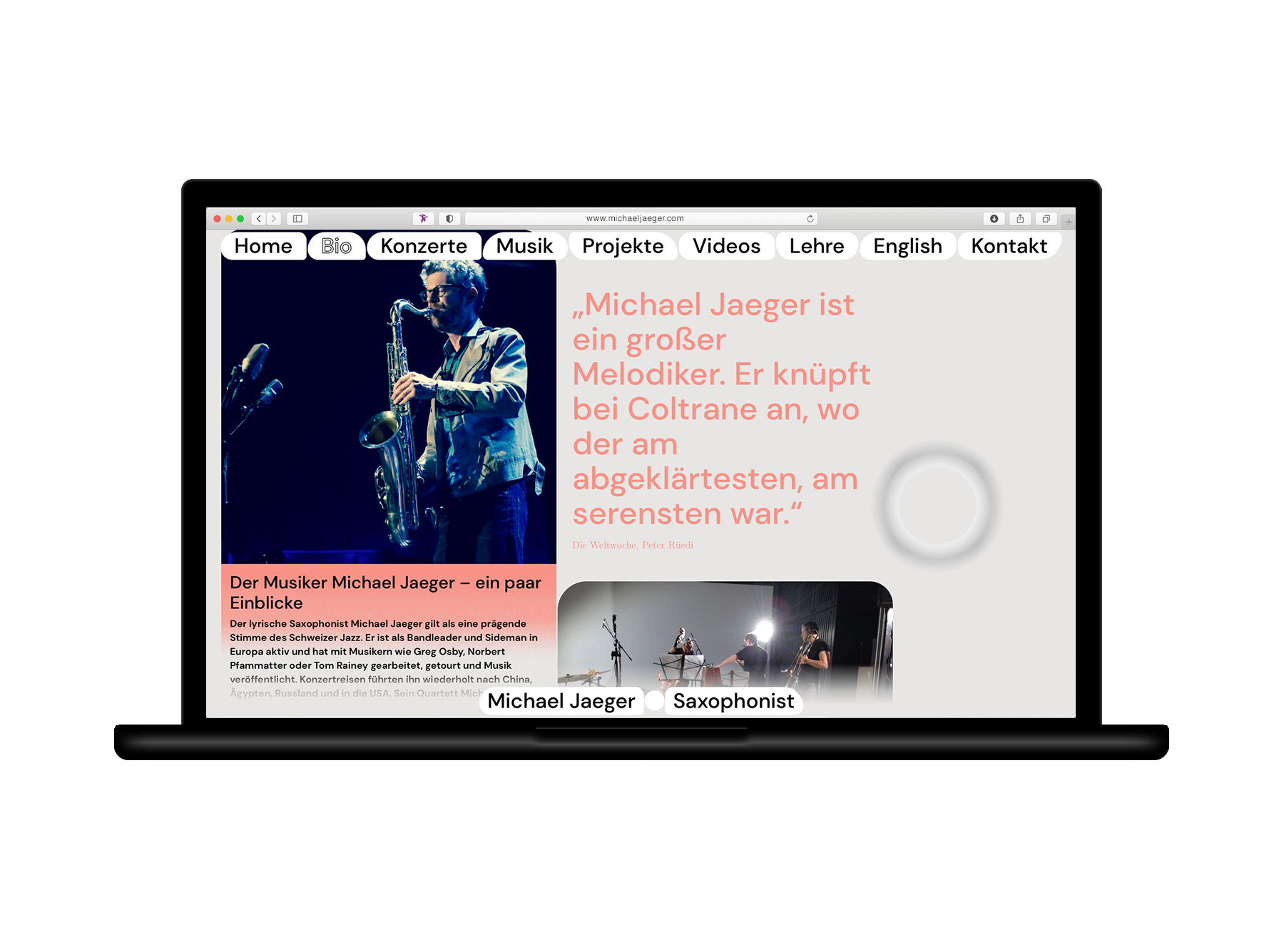 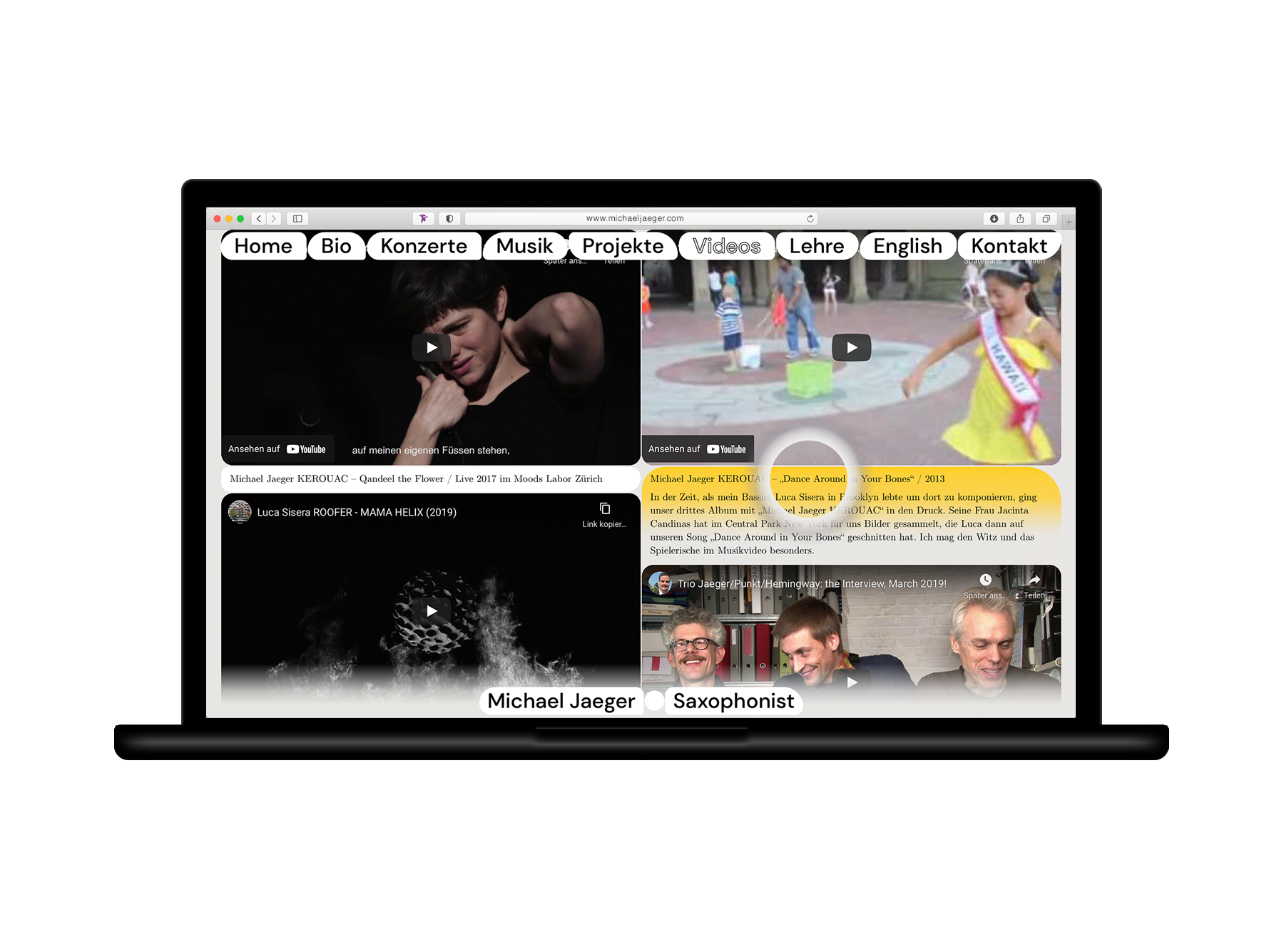 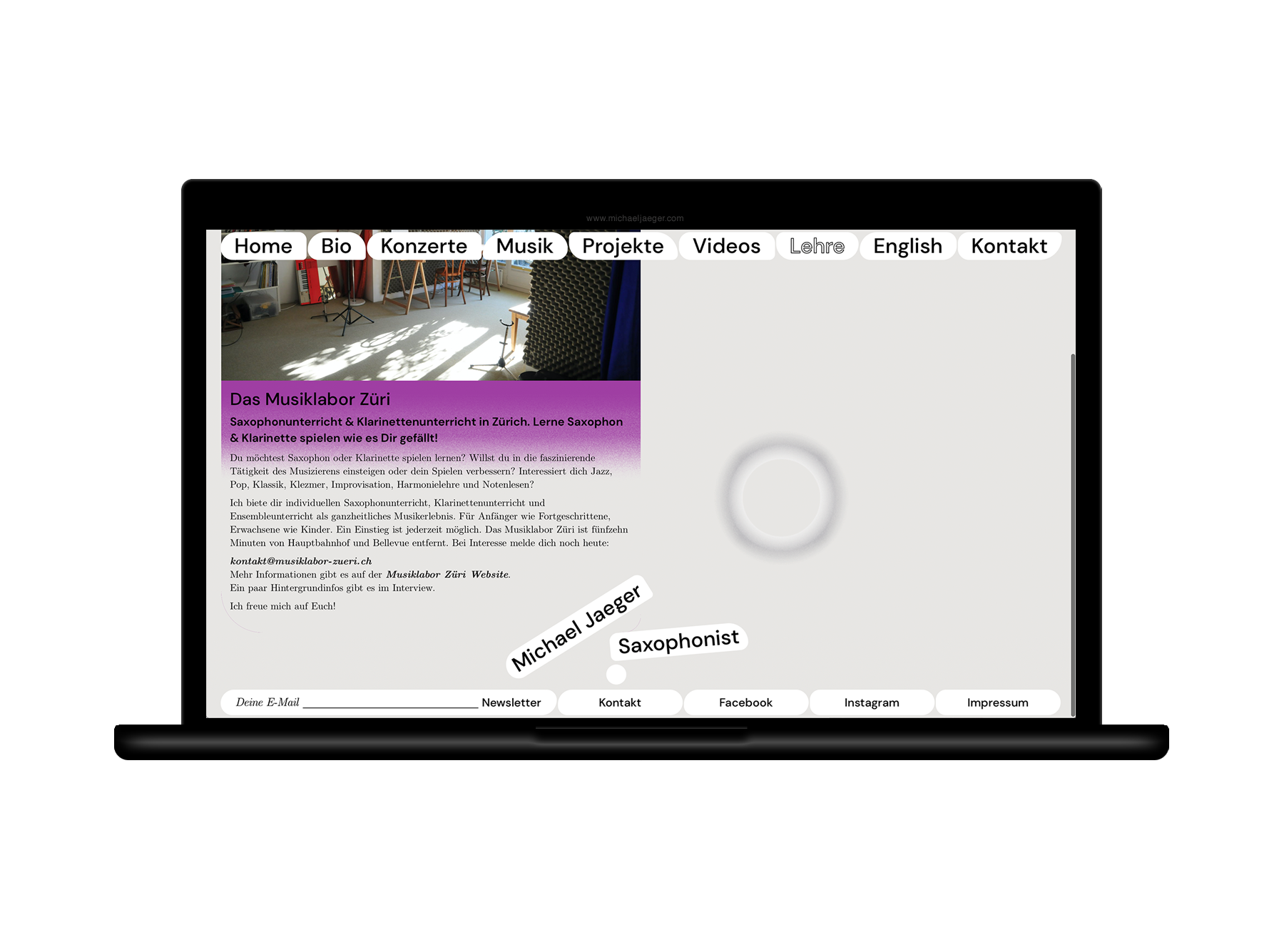